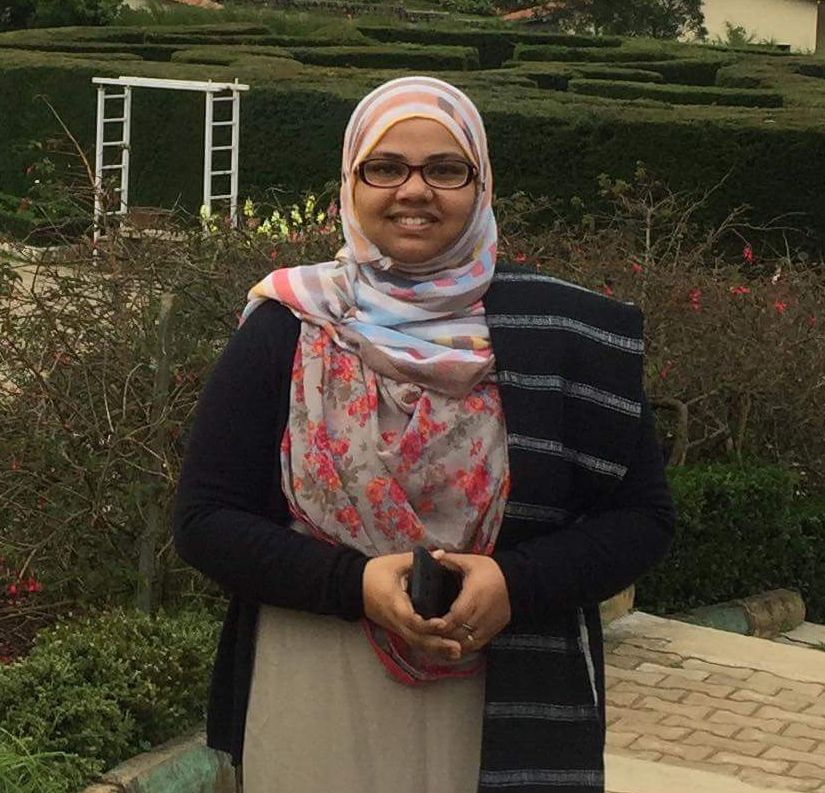 CuO thin film has a wide variety of potential applications due to distinctive optical properties and native p-type electrical conductivity. The weak p-type electrical conductivity of CuO thin film can be modified via doping suitable elements into it. In this work, we acquired n-type electrical conductivity in the CuO thin film by cadmium (Cd) doping for the first time. Pristine and Cd doped CuO thin films are fabricated at 325 ºC using a simple spray pyrolysis technique with different doping concentrations (i.e x = 0.00, 0.02, 0.04, 0.06 and 0.08). X-ray diffraction (XRD) spectra of Cd doped CuO thin films match to the polycrystalline with a monoclinic structure and no peak corresponding to Cd impurity or non-stoichiometric phases are found in the XRD pattern. Based on the XRD patterns, the average crystallite size is obtained from 15.12 to 30.53 nm. Furthermore, a closely-spaced nanoparticle is confirmed by the field emission scanning electron microscopes (FESEM). The energy dispersive analysis X-ray spectra (EDAX) demonstrate the effect of substitutions of Cu2+ ions by Cd2+ ions in the pristine CuO lattice network. Hall Effect measurements reveal that the p-type conductivity of CuO thin films alters to n-type as a result of Cd doping. The electrical resistivity of Cd doped CuO thin films upraise with the reduction of carrier concentration and increment of carrier mobility with the increase of Cd concentration in the films. An increment of transmittance and broadening of the blue shift optical band gap is possessed in CuO thin films via Cd doping and found as a promising material for a wide range of optoelectronic device applications.

Density functional theory based First-principles calculations have been performed to investigate the structural, optical and electronic properties of CuO and Zn doped CuO and compared with experimental results. Calculations are demonstrated by Cambridge Serial Total Energy Package. Calculated values of lattice parameters matched 80% with experimental data of CuO and for Zn doped CuO, there was a 55% match. Figures of electronic band structure, TDOS and PDOS have been computed from the electronic structure of CuO and Zn doped CuO. Significant transition occurs in band gap after Zn doping. Optical properties showed that CuO and Zn doped CuO were transparent, having a small energy gap and maximum reflectivity at infrared region. The real part of refractive index was higher at lower energy region and imaginary part of refractive index was zero at 28 eV photon energy. The calculated value of band gap was in good agreement with the experimental value.

Zinc oxide (ZnO) thin films were deposited onto glass substrates by a spray pyrolysis technique at the substrate temperatures (T S) between 250 and 500 °C. T S was observed to be one of the key parameters to influence the structural, surface morphological, optical and transport properties of ZnO thin films. X-ray diffraction patterns of the ZnO thin films showed polycrystalline hexagonal wurtzite structure and the preferred orientation was along (002) plane which got more prominent with the increase of T S. Field emission scanning electron microscopy of ZnO thin films showed the existence of nanofibers in the films with the average thickness ranging from 308 to 540 nm. Atomic force microscopy revealed that roughness of the ZnO thin film increased at higher T S. ZnO thin films were highly transparent in the visible to near infrared region with the maximum transmittance of 89% and the optical band gap was found from 3.23 to 3.31 eV. ZnO thin films showed n-type conductivity with the carrier concentrations ranging between 1019 and 1020 cm− 3. ZnO thin film deposited at the T S of 400 °C showed the highest mobility, highest carrier concentration and less resistivity.

Pure and magnesium (Mg) doped zinc oxide (ZnO) thin films were prepared onto clean glass substrate by spray pyrolysis (SP) technique at the
substrate temperature of 300°C. Various optical parameters such as absorption co-efficient, band gap energy, refractive index, extinction coefficient
of the thin films were studied using UV-VIS-NIR spectrophotometer in the photon wavelength range of 300-2500 nm. Optical band
gap increased from 3.24 to 3.46 eV with the increase of Mg concentration from 0 to 40%. Transmittance and refractive index of the Mg doped
ZnO thin films decreased due to the increase of Mg concentration. The EDX spectra confirmed the increase of Mg and consequent reduction in
Zn content in the Mg doped ZnO thin films. Pure and Mg- doped ZnO films were annealed at 425°C for 1 hour. X-ray diffraction (XRD) study
of the annealed films showed hexagonal type of polycry-stalline structure with the preferred orientation along (101) plane with some other
peaks (100), (002), (102), (110), (103) and (112). From the XRD patterns it was found that grain size decreased from 63.45 to 36.56 nm, lattice
constant  and c remained almost constant with Mg doping concentration.

Indium doped Tin oxide (SnO2: In) thin films of various thicknesses (200-600 nm) with fixed 2% indium (In) concentration were prepared by thermal evaporation method onto glass substrates under high vacuum (10-6 Torr). As deposited films were vacuum annealed at 200o C for 60 minutes. The structure, optical, electrical and morphology properties of SnO2: In thin films were investigated as a function of film thickness. The XRD analysis revealed that films were polycrystalline in nature with a tetragonal structure having (110) plane as the preferred orientation. The average crystalline size increased from 34.8 to 51.25 nm with increase of film thicknesses. The surface morphology of the doped films was obtained by Atomic Force Microscopy (AFM) and Field Emission Scanning Electron Microscope (FESEM). Optical transmittance was obtained from a double beam UV-Vis- NIR spectrophotometer. Maximum transmittance varied from 65-76% in the visible range of the spectrum. Optical band gap (Eg) varied between 2.89 and 3.20 eV. The resistivity of SnO2: In thin films was as high as 105 Ω-cm. Activation energy of the films were found to be 0.18 to 0.47 eV for 300-600 nm film thicknesses. Due to high optical band gap and high electrical resistivity, these nanostructured films can be used in optoelectronic devices especially as opto-insulator.

Effects of indium doping (concentration 0.2, 0.3 and 0.4%) on the optical properties of GaAs thin films were studied. Thin films of 600 nm were grown onto chemically and ultrasonically cleaned glass substrate by thermal evaporation method in high vacuum (~10-4 Pa) at 50°C fixed substrate temperature. The samples were annealed for 15 minutes at a fixed temperature of 200°C. The thicknesses of films were being measured in situ by a quartz crystal thickness monitor during deposition. The transmittance and reflectance data were found using UV-VIS-NIR spectrophotometer in the photon wavelength range of 310 ~ 2500 nm. These data were utilized to compute the absorption coefficient, refractive index, extinction co-efficient and band gap energy of the studied films. Here transmittance was found 78 for 0.2% indium doping concentration. The band gap energy decreased with the increase of doping concentration.

Electrical, optical and structural properties of p-type single crystal silicon were investigated in this work. Electrical conductivity of p-type silicon was measured in the temperature ranges 190 - 300 K. The acceptor ionization energy (􀀀E A) was between 0.047 - 0.051 eV.
Photoconductivity of the material was investigated by varying sample current, light intensity and temperature at a constant chopping frequency of 45.60 Hz. Absorption co-efficient (􀀀) of the material was calculated from optical transmittance and reflectance measurements
at room temperature (300 K) in the wavelength range of 300 -2500 nm. The direct optical band gap energy was found between 2.10 - 2.20 eV and the indirect optical band gap energy was found between 0.95 – 1.0 eV. The lattice parameter (a) was found to be 5.419Å from X-ray diffraction method (XRD).

Optical and structural characterization of Zinc Selenide (ZnSe) thin films (thickness ranging between 200 - 500 nm) prepared by vacuum (~10-6 Torr) evaporation method were investigated. The thin films were deposited with varying substrate temperature in the range 373 - 573K. Optical measurements were carried out with UV-VIS-NIR spectrophotometer with photon wavelength ranging between 300-2500 nm. The absorption coefficient, energy band gap, refractive index and extinction coefficient were determined using transmission and reflection spectra at the same wavelength range. The dependence of absorption coefficient in the photon energy had been determined. Analysis showed that direct transition occured with band gap energies ranges from 2.6 eV to 2.9 eV. Refractive indices and extinction coefficients were evaluated in the above spectral range. For structural properties, 300nm films were deposited with varying substrate temperatures and were vacuum annealed in situ at 373 K for one hour. The X- ray diffraction (XRD) patterns showed polycrystalline nature of films having cubic (Zinc blende) structure. The most preferential orientation is along [111] direction for all deposited films together with other abundant planes [220] and [311]. Structural parameters such as lattice constant, grain size, internal stress, microstrain, dislocation density were calculated. The value of lattice constant was estimated to be5.660 Å to 5.761 Å.. The grain sizes were calculated to be which ranges between 266 Å to 384 Å. With the increase of substrate temperature the average grain size of the ZnSe films increases, asrevealed from the XRD studies.

Electrical properties such as electrical resistivity, Hall coefficient, Hall mobility, carrier concentration of p-type GaAs samples were studied at room temperature (300 K). Resistivity was found to be of the order of 5.6 × 10-3Ω-cm. The Hall coefficient (RH) was calculated to be 7.69 × 10-1cm3/C and Hall mobility (μH) was found to be 131cm2/V-s at room temperature from Hall effect measurements. Carrier concentration was estimated to be 8.12 × 1018/cm3 and the Fermi level was calculated directly from carrier density data which was 0.33 eV. Photoconductivity measurements were carried on by varying sample current, light intensity and temperature at constant chopping frequency 45.60 Hz in all the cases mentioned above. It was observed that within the range of sample current 0.1 - 0.25mA photoconductivity remains almost constant at room temperature 300K and it was found to be varying non-linearly with light intensity within the range 37 - 12780 lux. Photoconductivity was observed to be increasing linearly with temperature between 308 and 428 K. Absorption coefficient (α) of the samples has been studied with variation of wavelength (300 - 2500 nm). The value of optical band gap energy was calculated between 1.34 and 1.41eV for the material from the graph of (αhν) 2 plotted against photon energy. The value of lattice parameter (a) was found to be 5.651Å by implying X-ray diffraction method (XRD).

The Effect of Al on the Structural, Morphological, Topological, Optical, Transport and Magnetic Properties of Fe2O3 Thin Films

Electrical conductivity of p-type single crystal Gallium Arsenide was measured in the temperature ranges 170K-300K. It was found that electrical conductivity decreases with the increase of temperature. The logarithmic graph of conductivity (lnσ) versus the inverse of temperature (in K-1) was found to be almost linear in ranges 185K-195K (below room temperature). The acceptor ionization energy (ΔE‪A) obtained from the graphs was 0.0308 eV. Photoconductivity of the same samples was also measured under different conditions. The effect of varying sample current (I), light intensity (IL) and temperature (T in K) on photoconductivity at a constant chopping frequency 45.60 Hz were investigated. It has been seen that photoconductivity increases nonlinearly with light intensity and it increases linearly with temperature. Absorption coefficient (α) of the same samples was also measured at the room temperature within the wavelength range 300 nm-2500 nm and the optical band gap energy was calculated to be 1.425 eV from the plot of (αhν) 2 versus photon energy (E).

Mehnaz does her research in Experimental Physics, Solid State Physics and Materials Science. Her current project is Synthesis of Oxide thin films for Biomedical and Optoelectronic Applications by Spray Pyrolysis Technique and Sol-gel spin coating technique. She works on binary, ternary and multilayered metal oxide thin films. She is recently working on gas sensing material. She has constructed a gas sensitivity testing unit for investigating the gas sensitivity of metal oxide thin films and nanomaterials. She is also involved in the research related to Crystal growth, charaterization and optical crystallography. She has a keen interest to work for environment safety applications.